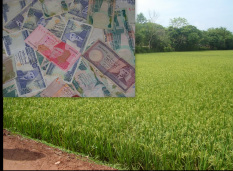 Agriculture is one of the main sources of employment, the town has been a popular grain market for last 80 years as the town is located in a highly fertile area. The Rakh Branch canal passes near one side of the town and is an irrigation source, the canal passes areas of Salarwala Chak Jhumra and ends at Samundri.

Many people commute to work in cities such as Faisalabad or Lahore daily. The HUDA Sugar Mill has been operating since 1980 and provides jobs to three thousand people making hand woven carpets.

However the primary source of income comes from overseas Pakistanis, almost 50% houses in Sangla Hill have at least one person who has gone abroad. 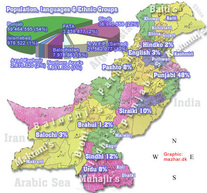 It is an historic town located at a height of 313m from sea level[1]. The town has some very old buildings belonging to Hindu people who left them in place during the partition of 1947. A Hindu temple is still visible at the side of Salarwala Sangla Hill road just outside the main city. The chief feature and logical reason for the name of the town is a hill. The magnificent peak of this hill is visible from five miles. Three are two police stations, police station Sadar and City police station. The town also has 2 degree colleges, one for boys and one for girls.The whole city is built around the Main bazaar and the Committee bazaar which lie at the heart of the city and acts as the economic centre of the city. All the shops and Markets are situated here and it also acts as the primary source of Income.The Place has been very famous and different stories are famous about Alexander the Great visiting it and liking it. It is strange due to the presence of a lonely hill in it. This hill is strange because the land almost within 100km does not contain any hills and is a perfect plain. The city is 20km south-west of Shahkot and 35km North West of Sheikhupura.In the surrounding of Sangla Hill there are many villages, including Kotla: who has the reputation of providing a superior primary education. Historically, despite of limited resources, Kotla’s Primary School has produced some very bright students who have passed the Board Exams with the highest scores in the whole district, those students have been honored and recognized by the Punjab Board’s of Education by granting scholarships. 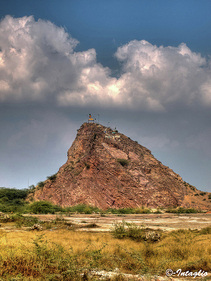 The British government had built a railway to carry off the stone from the hill of the city. This tradition continued even after partition. The hill got smaller and smaller and got reduced to the size of a 5 story building. Due to the conservation demands of some locals, government was forced to stop stone cutting from the hill. In 1990-1991, local MNA Chaudhry Muhammad Barjees Tahir secured funding from the Punjab government for a recreational park. The park was built around the hill with plantation and rides for children. The park was inaugurated by Member Parliament Barjees Tahir, and further grant was also announced for the park.Recently a contract was completed by the local government in which stairs were built to the top but for hikers there is still the back side of the hill which is very difficult to climb. There is a Mizaar at the hill known as Baba Malkoo ka Mizaar here each year a carnival is held in November in which people from all over the area gather the carnival was held first time in 2001.Children have many playing facilities. The hill top offers a panoramic view of all around green fields and flowing water of Canal Rakh Branch[edit] PoliticsMufti Zafar Ali Nomani (Ex Senator. First Parliamentarian from the town. Chaudhry Muhammad Barjees Tahir is very famous politician and was elected four times (three times in a row) as MNA since 1990 from Sangla Hill. Recently, he also won fourth time as Member National Assembly (MNA) in 2008 general election. He belongs to PML(N). In the 2002 elections Mr Shamim Haidar was elected Who was later on designated as Minister of Railway and then as Minister of sports. He belongs to Shahkot: a neighbouring sub-district. In 2008 General election he lost again to Chaudhry Muhammad Barjees Tahir.Mr. Munir Ahmed Malik has been elected twice as a Member provincial assembly from PP-139 — Sheikhupura and he belongs to Sangla hill.There are other individuals who have played an active role in the politics and bringing social balance to Sangla hill. It would be unfair of not mentioning them. These people include: Ch. Muhammad Jamil (late) Ejaz Hussain Bhatti(Ex- Chairman Sangla hill Baldia) Munir Ahmed Malik (Ex-MPA)[2] Haji Nazir Ahmed(Quid-e-Ghariban), Ex-MPA PP- 139 — Sheikhupura, Punjab Assembly[3] Shiekh Asif Jilani(Ex- MPA PP-139 — Sheikhupura- Punjab Assembly[4] Syed Abdul Latif Ahmad Shah (Ex- MPA PP-139 — Sheikhupura- Punjab Assembly (late))[5] Tariq Mehmood Bajwa, sitting MPA PP-139, — Sheikhupura -Punjab Assembly[6] Zulfiqar Ahmad Awan (Ex- MPA PP-139 — Sheikhupura- Punjab Assembly (late))

Cricket like all the other parts of the country is the game of choice for majority. Along with cricket, indoor games like snooker and billiard are also played. Some other games like chess, badminton and football are also played seasonally.Volleyball is being played in adjacent Villages. Specially a Village named Dhuroorkey and Longowal team of Volleyball is very famous in that region.The village longowal criket team is very famous. The city has a cricket stadium, which is neglected for years by the Pakistan Cricket Board. The city also has a community play ground where gym, and basket ball grounds are available.

Hameed Nizami (October 3, 1915 - 1962) was an eminent journalist from Pakistan. He was the founder of the Urdu newspaper Nawa-i-Waqt. He was born in Sangla Hill. There is also a road name after him the "Hameed Nizami Road" Justice Muhammad Nawaz Bhatti(August 1948-July 10, 2006)was the first and only judge of Lahore Highcourt from SANGLA HILL.He was a renowned lawyer known for his dedication,truthfulness and honesty. Mufti Zafar Ali Nomani was the great religious person of the country. He also played his role in government as a Senator, member of Islamic ideology council and also was the chairman of Rouatehilal comety Pakistan. Professor Zulfiqaar ali is one of the well known personality in the division. His basic field is chemistry in which he has written books Barjees Tahir taking Oath in the Parliament.